“I never thought I would suffer from a mental illness” : Interview with Jenny Vandenbelt, a Successful Seattle Attorney Living with a Mental Illness 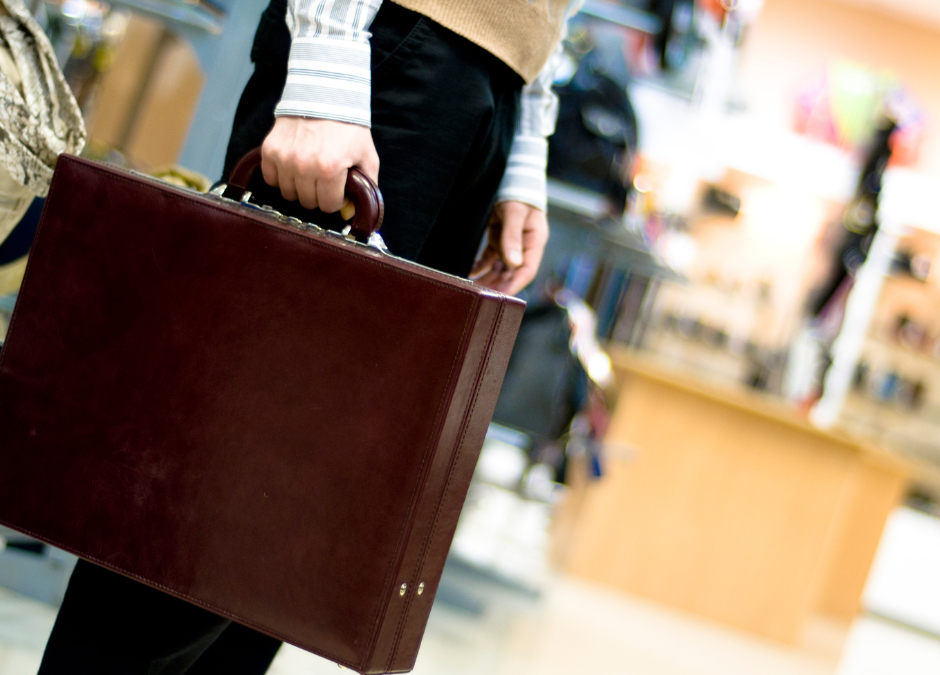 JV: “For the most part, I was happy throughout my whole childhood.”

SM: We met Jenny over coffee at the 5th  Avenue Starbucks located in Downtown Seattle. The lunchtime rush hour surrounding us became a blur as Jenny opened up about her mental illness. At first sight, Jenny seemed to be a happy-go-lucky successful professional. She had a big bright smile, cheerful voice, and a positive energy. Had we not known of her personal connection to NAMI through mental illness, we would have had no idea that she, like millions of others in America, live every day with a mental illness.

JV: “I never thought I would suffer from a mental illness”

SM: When Jenny began, I realized how difficult it can be for someone to recognize the status of their mental health. Collectively, we never imagined that it could take about 10 years for someone to acknowledge their mental illness, especially in Jenny’s case, since she comes from a family of mental health professionals. From the age of five to fourteen, Jenny at times felt intense and confusing feelings of sadness, and she tended to blame these feelings on non-related events. This blinded her from acknowledging the problem. However, when Jenny was in high school, a traumatic event occurred that greatly affected her well-being. This served as a catalyst for realizing her mental illness.

When recalling her high school days, Jenny’s tone switched from cheerful to serious. She was solemn, introspective. Jenny explained that in high school she became much sadder. This sadness was compounded by a student in her high school dying by suicide. Even though Jenny was not close with this student, she remembers that the passing of this student had a powerful effect on her.

This tragedy prevented Jenny from being able to easily leave her bed, room, or house for weeks. At 15, Jenny realized that she didn’t want to live anymore. Only then did Jenny confide in her father about her sadness, and asked him not to tell her mother.

JV: “I did not want my mother to know. She knew mental illness was real, but she never fathomed the fact that her own daughter could suffer from it.”

TC: After Jenny stated this, I could understand Jenny’s concerns with admitting her feelings of sadness to her father. I know this feeling. Inevitably, one becomes worried about whether or not parents can or will keep their child’s secrets. Luckily, Jenny’s father did just that. He was supportive and sympathetic. The next challenge was seeking effective treatment.

JV: “It took me […] I think eight medications to find the right treatment for my Dysthymia, which is a mild and persistent form of depression.”

TC and SM: Our jaws dropped when Jenny told us this. Before we met Jenny, we had thought that doctors could just diagnose you and give you the medications you needed to get better. We never thought that finding the right medications could be such a lengthy and challenging process. Jenny told us that then she elaborated, “I started taking antidepressants during my freshman year of high school, shortly after I confessed my feelings to my dad. I did not get a handle on my depression until junior year.”

JV: “I was convinced that I would never have to deal with depression again.”

SM: When Jenny made this comment, I leaned forward in my chair to hear more, since one of my dear friends struggled with this same issue. Jenny commanded my attention when she told me, “Earlier in college, I was much happier. I was convinced that I would never have to deal with depression again. However, it is like a dark, lurking presence that comes knocking on your door. It inevitably enters the door and then starts affecting you. When people with depression start to feel better, many want to go off their medications, but this is not the right approach. They must keep taking their medications.”

JV: “I am grateful to have learned how to deal with my depression.”

Jenny emphasized, “It is empowering to give people space. Let them know that depression is something that they are dealing with and they are not alone. Do not pressure them into making decisions but let them know you are willing to help them make decisions. Show them what tools are at their disposal is super helpful. You need to present them with realistic expectations of what can be done, what resources they have available, what they can achieve, and what they can do for themselves and others. This is the best way to empower someone with a mental illness.”

JV: “Mental illness should not define or compromise one’s capabilities.”

TC & SM: When we asked Jenny if she had any closing remarks, she said, “We need to have people stand up and admit their issues, we need mental illnesses to be normalized, and we need more funding. Inadequate mental health treatment contributes to so many more problems. Everyone can help transform the stigma surrounding mental illnesses, even those who do not suffer from it, so do not hesitate to rise up and admit your problem, and if you can, donate to the cause or volunteer your time.”

If you struggle with mental health and/or would like to volunteer for NAMI Seattle, you can receive support information on this page, or you can get involved as a volunteer or member by clicking here.

Jenny Vandenbelt is a successful defense attorney based out of Seattle, Washington and joined the NAMI Seattle board of directors in 2018.

Ty Chapman and Samuel Moradbakhti are students in Professor Laura Umetsu’s Spring 2019 UW Bothell business writing course. As part of a writing partnership project, students from Professor Umetsu’s class wrote a series of organizational press releases featuring the work that NAMI Seattle and their community partners are doing for the local mental health community, as well as features on their board members and community volunteers.