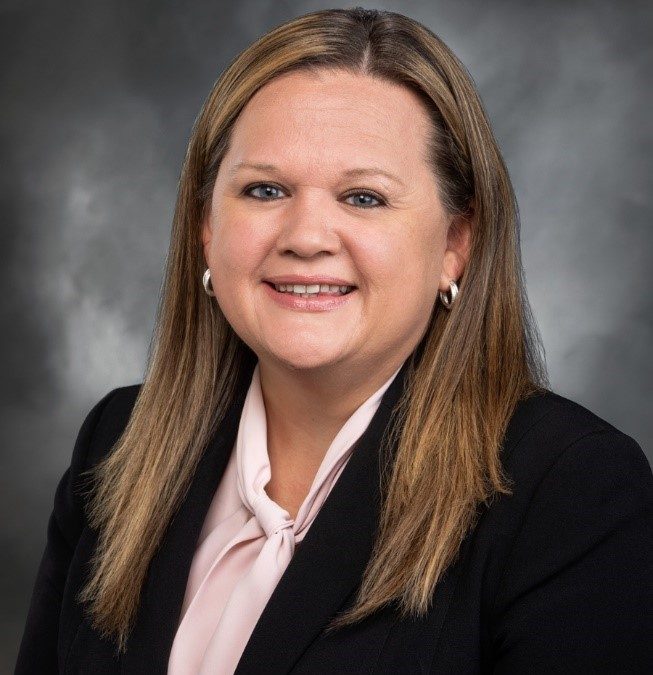 The cup of coffee I held was shaking while I looked at the interview questions in my hand. I was about to interview Representative Tarra Simmons, the first Washington State Representative who had been formerly incarcerated. Who better to help our community understand the impact of intergenerational trauma and systems that affect our mental health? Tarra’s dog suddenly appeared on the Zoom screen and Tarra gave us a big smile, easing my nerves.

Tarra explained that she helps out formerly incarcerated people by providing them with key resources to help them re-enter society. She encourages them to learn about and heal from generational trauma, and become advocates to help change our systems, systems which continue to work against people. The prison system exacerbates mental illness by not providing competent care and generational trauma can keep people repeating cycles. All of these things can inhibit formerly incarcerated people from recovering from mental illness.

It’s important that we should not overlook people based on their history. Hearing Tarra’s story was a groundbreaking experience for us. There is hope and recovery is a journey.

What inspired you to run for the state House of Representatives?

TS: The doors were open for me, I did not choose, it chose me. At the time my state representative was retiring and waiting for me to continue the job. I went to law school and was not allowed to take the bar at first when I graduated because of my criminal history. I had to fight the Supreme Court, and I won in a unanimous same-day decision and it made national headlines. A lot of people were elected, but people the governor, lieutenant governor, and legislators were watching that case and they came to be supportive of me so I could have a bigger impact on the issues I care about. And the reason I’m staying, and continue to do it even though it’s a very difficult job, is because I know that if I’m not there, there will be nobody representing my lived experience because I’m the first person and I’m the only person. We can share our lived experiences and our trauma histories and how prison is not working, and how prison is harming us and that’s the only way we’re going to change the laws. I wanted to break the ceiling for others.

As you mentioned before, that it’s a very hard and difficult job, what are the most important factors that keep you motivated to work hard for our community?

TS: I just really think that if I’m not there, it’s going to be a lot worse off. So, I almost feel like I have to until we can get more people there. But what motivates me is the things I do get accomplished. I’ve been able to pass some really amazing things for our community, and that makes me feel good. I have restored the right to vote for all formerly incarcerated people as soon as they leave prison. I created a state office of behavioral health. I passed a charity care bill for people struggling with paying hospital bills. Now it is up to 400% of the Federal Poverty Level, people will be able to apply for help from the hospital when they have a hospital bill. And I’m working to make sure people that are coming home from prison have housing. Right now, they are releasing people homeless from prison, which then creates more crime and doesn’t help people be successful. Now, nobody will be released homeless, because everybody will have a six-month housing voucher when they’re released.

How does intergenerational trauma intersect with incarceration, how have you seen this play out as a defendant and as an attorney?

TS: I believe that trauma is the cause of incarceration. Some people say it’s the prison to school pipeline and the foster care to prison pipeline but, I always say the trauma to prison pipeline because I really see trauma as the thing that is causing people to not be able to regulate their nervous system and behave in ways that maybe they can’t control. They behave in aggressive ways or violent ways or using drugs to regulate the nervous system. When you experience trauma, your brain is not developed and it impacts on your sympathetic nervous system and parasympathetic nervous system. Making sure everybody has support systems in trusting relationships with people, I think, is really going to help.

It’s not easy to talk about intergenerational trauma, and many people never do. What will be the best way to encourage a person to share their life experience?

TS: I think you know, that’s part of why I share. It doesn’t trigger me anymore when I share my stories, but it used to. For me, I’ve had a really great therapist for a long time now, who helps me stay connected to my body. The reason why I share now is because I want other people to feel encouraged to share, because when we carry it alone, it makes it worse. When I went to prison and then other people came in for the first time in a 12-step recovery program and told me that they did drugs and this is why they did it and they talked about their trauma histories and I was like, “Oh my gosh, I’m not alone” there’s other people in this world who also went through the same things. If we don’t talk about it, it gets worse. I talk about it because I want other people to talk about it and to feel safe.

What kind of mental health issues did you face being a young parent in high school, as well as trying to become the first person in your family to graduate high school?

TS: I think I just never really developed. I missed a lot of “normal” developmental stages of life. I still feel alone in the world in some ways because I went to a different school every single year of my life, so I didn’t get to develop long term childhood relationships, and I still have some grief over that. I didn’t get to go to prom because I went to the alternative school at night and the regular high school during the day, so I could graduate early because I needed to get a job because I never want my kids to grow up in poverty that’s always been kind of like my driving force. I didn’t get to have the social relationships that are most in the “normal”, such as experiences of adolescence. Today I’m like, “how many of my friends in high school became lawyers and legislators, and like to change the world, and actually pass bills, and were national speakers?” … I guess I was given the life that I was given, but it was sad, in some ways.

What advice would you have for us as future business managers on good ways to hire people? Is not easy to find a job after prison, how can we help as future managers?

TS: As hiring managers, one recommendation is to not have policies, HR policies that automatically dismiss people based on any type of criminal history. Do not discriminate against anybody based on fear or stigma because you don’t know their story. When they do get an opportunity, they are going to work so much harder and they are going to value and hang on to that opportunity with everything. I told you, one of the driving forces for me it’s that I don’t want to be in poverty. When I get a job opportunity, I’m going to try to keep it because I don’t want to be in poverty and that’s the same I know for a lot of people in my community. People that have really, really bad things on their record, but you and I get to know them and it’s like now, profound change can happen in a decade, two decades, three decades.

NAMI Seattle has its doors open to everyone at any time. They belief that change is possible and central to recovery. If you are looking for mental health support, please click here.