The Humanity in Schizophrenia 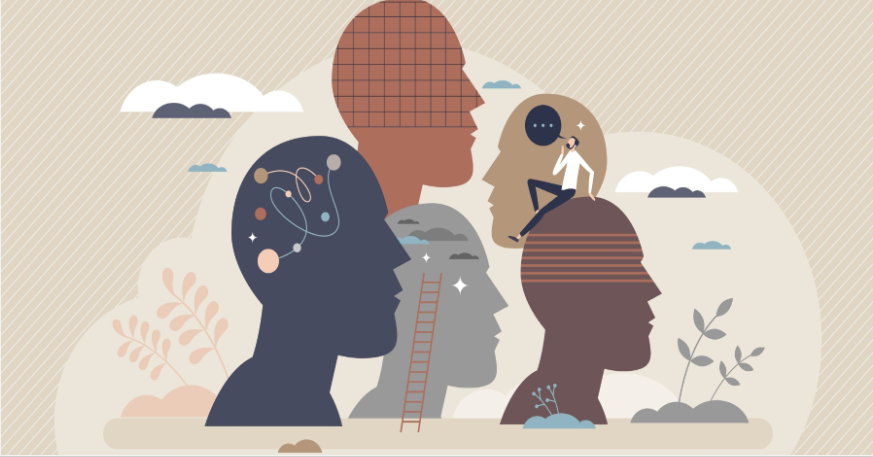 I was scared the first time I met Matthew. It was many years ago, before I knew much about mental health, and before I became a nurse. I was about to meet my boyfriend’s father for the first time, and he had schizophrenia. As for many people, mental health wasn’t something I learned about in school. It wasn’t something my family discussed at home. Schizophrenia was unknown and scary.

The moment I met him, the fear floated away. I, my boyfriend Ryan, and my boyfriend’s grandparents met him in the waiting area of a residential treatment facility. I’m not sure what I expected, but the wiry man with the long beard and gentle eyes who rounded the corner wasn’t it. The moment Matthew saw my boyfriend, his face lit up and he wrapped Ryan in an enormous hug. “This is my son!” he exclaimed, delighted, to a facility resident passing by. Tears stung my eyes. It was such a normal, human moment – a father excited to see his son again. I got to know Matthew well through the following years. Shortly after we met, Matthew moved to an independent living facility. His complex was managed by a social worker whom he met with weekly, but largely, his time was his own. I and Ryan visited every month. The first time we stopped by, it was just me, my boyfriend, and Matthew. No grandparents; no other residents. And when my boyfriend stepped away for a few minutes, it was just the two of us. I realized I had never talked to Matthew one-on-one before, and all my anxieties came flooding back. I wasn’t sure what to say. Would I upset him? Would he be violent?

I soon discovered my fears were ill founded. Matthew and I bonded over an enjoyment of cooking. We discussed recipes we wanted to make. We talked about hiking – something Matthew had done lots of – and about our favorite stores. We talked about Seattle and what the city used to be like, and about the community he was now a part of: bingo nights, the community garden, and the on-going saga of neighbors who ran the loud communal washing machine in the middle of the night. Basically, we talked about normal things. I realized I could talk with him just like I could with anyone else.

Matthew did have auditory hallucinations and delusional beliefs. Both are common symptoms of schizophrenia. Per the National Institute of Mental Health, hallucinations involve hearing voices or seeing things that aren’t there, and delusions are beliefs not supported by objective facts. Other common symptoms of schizophrenia are decreased feelings of enjoyment, reduced emotional expression, and difficulty processing new information.[1]

Matthew’s life with schizophrenia was a rough one. His first symptoms began in his early twenties shortly before my boyfriend was born. His symptoms worsened over a couple of years, eventually leading Matthew to leave his home. For years, he experienced homelessness. His family lost contact with him. Eventually, he was hospitalized due to a bone fracture, and subsequently found help at a psychiatric facility. He started taking medications to control his symptoms successfully. Matthew’s parents were overjoyed to see him again and to know he was receiving the care he needed. Ryan got to meet his dad for the first time since he was a baby. Matthew’s parents, Matthew, and my boyfriend would take trips together and spend evenings playing monopoly. Unfortunately, a triggering life event occurred after a few years, and Matthew stopped taking his medications, left his psychiatric facility, and began experiencing symptoms again. Troubling years of periodic lost contact and worsening symptoms followed, that are painful for Matthew’s family to talk about even now. However, eventually, with help from his family, Matthew found his way back to a psychiatric provider and to the residential facility where I first met him. Unfortunately, no medications were as effective as the first time.

Matthew’s story is similar to that of many people with schizophrenia, of whom SARDAA (Schizophrenia and Related Disorders Alliance of America) estimates there to be 3.5 million in the U.S.[2] Schizophrenia affects about 1% of the population – a little less than the number of red-headed people in North America. According to the National Institute of Mental Health, the onset of schizophrenia usually occurs between ages 16-25. Antipsychotic medications are commonly used to reduce symptoms experienced with schizophrenia, as well as some other mental health disorders.[3] Although they are very effective, researchers in the U.S. have found that about 50% of people who take antipsychotics stop taking them at some point. Most who stop and then restart treatment find it is not as effective the second time.[4]

As long as I knew him, Matthew had hallucinations and delusions. It was clear when we were talking that sometimes he heard things I didn’t, and sometimes he would speak quietly to whatever voices he was hearing. And sometimes he would say things that showed his delusions, such as the belief that if he waited two years to buy a bottle of sparkling water, he could send good luck to his family.

And that was part of Matthew’s reality. However, as I got to know him, the other parts of the reality of Matthew became clearer. He was funny. He was kind. He was generous to a fault, sharing the little he had with everyone around him. He cherished his family and phoned his parents weekly. He was meticulous. His home was the level of tidy professional organizers aspire to. And he adored Ryan and never failed to say, “I love you, son!” each time Ryan and I said goodbye.

Matthew passed away last year. It was unexpected and devastating. We took solace knowing we had seen him the week before, and that we’d had a wonderful conversation about hopes for the coming year. We’d laughed together, and he’d shared funny stories from his childhood. And we said “we love you” to each other before we left. I am beyond appreciative Matthew was part of my life. He illuminated, beautifully, that mental illness does not define a person. What defined Matthew was his gentle nature, his thoughtfulness, and his humanity. I didn’t know it at the time, but the day I met Matthew, a wonderful gift entered my life.