Living with Schizophrenia: An Interview with NAMI Seattle Board Member Elliott Neyme 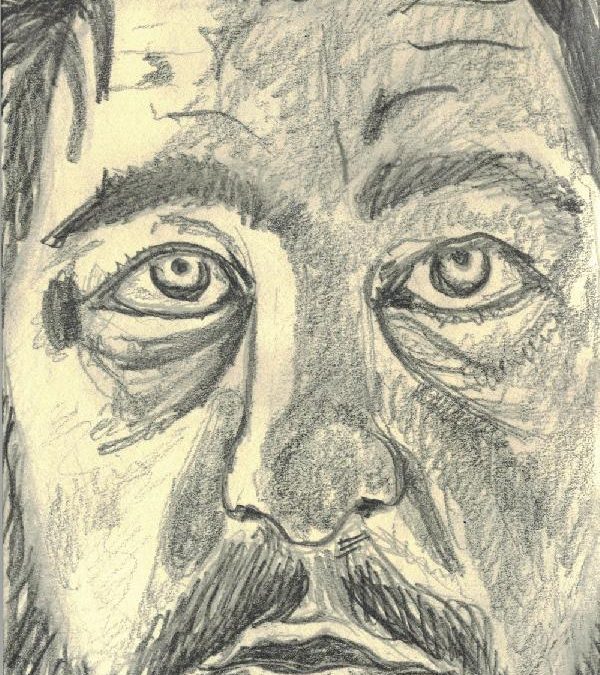 Many people throughout the world live with schizophrenia, and NAMI Seattle board member Elliott Neyme is one of those people.

Childhood depression helped mask Elliott’s early stages of schizophrenia. This led him to have his first psychotic break and diagnosis when he was about 20 years old during a hospitalization at his parents’ request. As a result of his mental illness, Elliott went through many difficulties, especially trying to graduate college. Elliott said it took him ten years to complete his degree, but he eventually graduated with a bachelor’s degree in interdisciplinary studies from Utah State University.  Shortly after graduating, he moved to Seattle, where he began his career in digital security.

Elliott describes what it’s like to live with schizophrenia.

According to Elliott, hearing voices in his head, cognitive distortions, delusions of grandeur, and thinking you can do something you shouldn’t do, are examples of what it is like for him to live with schizophrenia. “It can be pretty scary sometimes because I hear voices, and I never know when people are talking to me or about me. I think that people are constantly criticizing me. People just walking on the street, neighbors, loved ones, etc,” he told us.

At one low point in his life, Elliott remembers when he began to steal from his work and throw away his boss’s schedule board just because voices in his mind told him to do it.

To assist with managing his mental health, Elliott has found some hobbies throughout the years, including creating artwork, electronics, and amateur radio. These hobbies bring him harmony, and when combined with nature, they equal excellent sources of catharsis. For Elliott, it often is the process, more than the subject, which helps him achieve this level of calmness. These forms of relief, coinciding with his support from NAMI, helped Elliott manage his condition, such as recognizing precursory effects.

Early signs of an episode come in many forms, and according to Elliott, some he has experienced are stopping his medications and becoming antisocial. It is because of this tendency to withdraw that Elliott finds understanding support from loved ones who are familiar with his symptoms key to living well with his illness. When managing his symptoms, he explains “how easy it is to buy into those dark thoughts in your head.” His wife, Susan, has been a very influential force in his life, and when asked, he stated, “I have an incredibly supportive and dedicated wife. She is the one who introduced me to NAMI when no one else was interested in admitting that I had a long-standing problem”. Support from family and friends is crucial for any person with a mental illness, and for Elliott, his wife has been there to support him through many difficulties and challenges he has faced.

In addition, his medical care team provided Elliott with a crisis intervention worksheet, which he can utilize when he feels he needs help. He keeps it close to him to reference it and uses it to remind himself that he has been through these same feelings/thoughts, and it helps him manage his feelings better.

“NAMI has given me a lot of support over the years. I have attended some of NAMI’s signature classes, like Peer-to-Peer and Smarts for Advocacy. [. . .] NAMI has always given me a venue to talk to others about my illness.”

Elliott is thankful he discovered support groups through NAMI, which helped him affirm that he wasn’t alone.There were people like him with whom he could relate and socialize. To support others living with schizophrenia, Elliott began working as a board member of NAMI Seattle.

He wants to address stigma as a barrier to inclusivity. “Stigma [being] probably the worst. I think that there could be more inclusion of people with schizophrenia in high profile places, occupations, and the media,” he says. Through NAMI’s You Are Not Alone campaign, people like Elliott who have a mental illness or want to show support can use social media to connect.

Elliot explained, “It can’t hurt to try,” and he encouraged readers to be persistent, get involved with NAMI’s mission, and volunteer wherever and whenever they can. With the encouragement of his wife and a little strength of his own, Elliott took those first steps to involve himself in NAMI, which guided his continued success and a sense of community for him and others like him.

If you also want to make a difference by becoming an advocate of mental health awareness, contact NAMI Seattle at info@namiseattle.org. Or, to seek help for yourself or a loved one, reach out to NAMI Seattle’s mental health referral and information Helpline to get connected to the support and resources you need:

This article is a collaborative piece created by a group of University of Washington Bothell School of Business students from Professor Laura Umetsu’s Business Writing course.

And special thanks to Jasmine Bager for her work coaching students on storytelling. Jasmine writes for a variety of publications, including TIME, Teen Vogue, and Harvard University’s Nieman Foundation of Journalism on issues ranging from women’s rights to art to fashion. See Stories by Jasmine Bager : Contently.