How We Heal: Faarah’s Journey in Muslim Mental Health 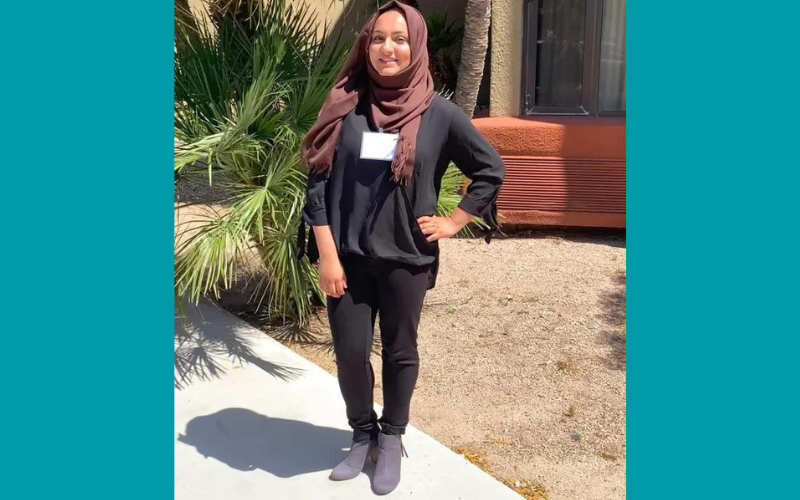 I’m someone who is very involved in the Muslim community because of my volunteering history. I’ve volunteered a lot in planning social events and in helping create awareness and safe spaces for Muslims. As a Muslim myself, I’ve learned some things about how my Muslim community views mental health challenges.

The Muslim community shares some challenges in mental health awareness that are similar to other religious groups, such as Christians. People are told the usual “get closer to God” or “pray more”; you should “calm down” and “trust God” if you have anxiety. Someone who is suicidal is considered ungrateful. Suffering, including mental health challenges, is “a test from God,” and because of that belief, some people accept suffering instead of asking for help.

Things are starting to change, but there are still problems. Fortunately, the Muslim community in Puget Sound in particular has started to address the fact that anxiety and depression are common mental health challenges among immigrants. Post-Traumatic Stress Disorder is recognized as especially common among refugees. However, severe mental health conditions like Schizophrenia and Bipolar Disorder, still need room for discussion.

What’s our barrier to getting help? Is it really just the stigma?

Muslims as well as immigrants from Africa, the Middle East and South Asia, are not portrayed positively in the media and in American society. We are feared, a people dehumanized and scapegoated for many of the world’s problems. This decreases our ability to be vulnerable because we are too busy defending ourselves. Not all immigrants arrive here with their entire families. We are strangers even amongst others from the same country. Even within our communities, we can’t be vulnerable with each other about our family’s problems, our own health issues and speak our truth.

Some people still don’t accept this as a factor for problems. I have had someone tell me that we don’t need therapists; we can just sit down in front of cups of chai, talk it out, and we’ll be okay.

But if someone does want help, who can they turn to? There’s a lack of mental health professionals who identify as people of color and understand the immigrant experience. Personally, I can remember not having the knowledge of where to start; finding a provider of color was like finding a needle in a haystack. Then there’s the waitlist, the list of emails in my inbox saying they are no longer accepting patients. I believe our problem with seeking mental health care is two-fold: We don’t have spaces or opportunities to talk openly about our own mental health, and there just aren’t enough mental health professionals of color.

For a long-time I just went with the flow of things. If I was with people who weren’t Muslim, I’d act a very particular way, but when I was with Muslims, I’d act very differently. When I was with people I knew weren’t understanding of a particular aspect of my identity, I would check that piece of me at the door; I was code switching all over the place. But when you’re constantly code switching, who even are you? Who am I when I don’t have to check anything at the door?

I’ve been advocating for mental health awareness for a while now, but in the context of these discussions I had been avoiding some conversations with myself, like “how much” Pakistani can I be, or “how much” American can I believe myself to be as an immigrant and “how much” Muslim can I get away with being without getting called an extremist? These were and are difficult questions to explore.

And when you add a mental health condition to the mix that makes it harder and harder to just do basic things, you have a huge mess. One of the biggest challenges in my mental health has been a question of how and where I can be ALL of me.

Not being able to discuss spirituality and religion can have a huge effect on people who depend on their relationship with God as an aspect of their identity, so this issue is a very relevant issue for Muslim immigrants. I attended a workshop lead by Salma Abugideiri MEd, LPC where she emphasized that any attempts at helping an individual who is Muslim and not analyzing their relationship with God and its role in therapy can be futile because it is integral to their identity. Iman Khatib who has a Master’s in Art Therapy talked about a case where a young girl who was a Syrian refugee with war trauma would make Dua’a (Supplication) to Allah in order to feel safe and help herself calm down.

Another workshop that showed exactly how powerful this connection can be was led Dr. Lori Zoellner, a Professor of Psychology at the University of Washington, who developed (right here in Seattle!) a treatment for Posttraumatic Stress disorder that incorporates Islamic principles in order to help Somali refugees. The format looks like a support group and is led by trained peer facilitators (and similar to NAMI programs those facilitators can later train more facilitators). Ahmed Roble and Farhiya Roble, two of those facilitators, also led the workshop and talked about how the support groups involves relating traumatic experiences to stories of the Prophets in Islam and then ending with a Dua’a to Allah to reconnect and heal through connection with Him.

Probably the most enlightening workshop for me, that hit really close to home, was led by Dr. Zain Shamoon, Professor of Marriage and Family Therapy at Antioch University Seattle. He talked about how there has been disempowerment of the Muslim community by the erasure of our narrative and having that narrative be dominated by the majority with harmful violence, scapegoating, profiling, stereotyping and generalizing of Muslims as violent and barbaric around the entire world.

How can Muslims take back this narrative?

By telling our story; without interruption, dismissal, or further erasure.

But the problem is that Muslims can’t be comfortable practicing the spiritually of our religion. I can talk all day about the social and political struggles of being Muslim and Seattle is GREAT at accepting and discussing these issues. I can even discuss my spirituality, but I can’t discuss a relationship with God. It scares people and immediately makes them uncomfortable.

I can understand this. Conversations like these can be minefields, because you don’t know when someone will go “oh just pray the pain away” or “if you trusted God you would be more patient.”

But the fact of the matter is that for me as a Muslim, having discussion about mental health but not being able to talk about the core of my religion was preventing me from resolving some real big issues.

Showing and being ALL of ourselves and having a space to shine is how we heal.