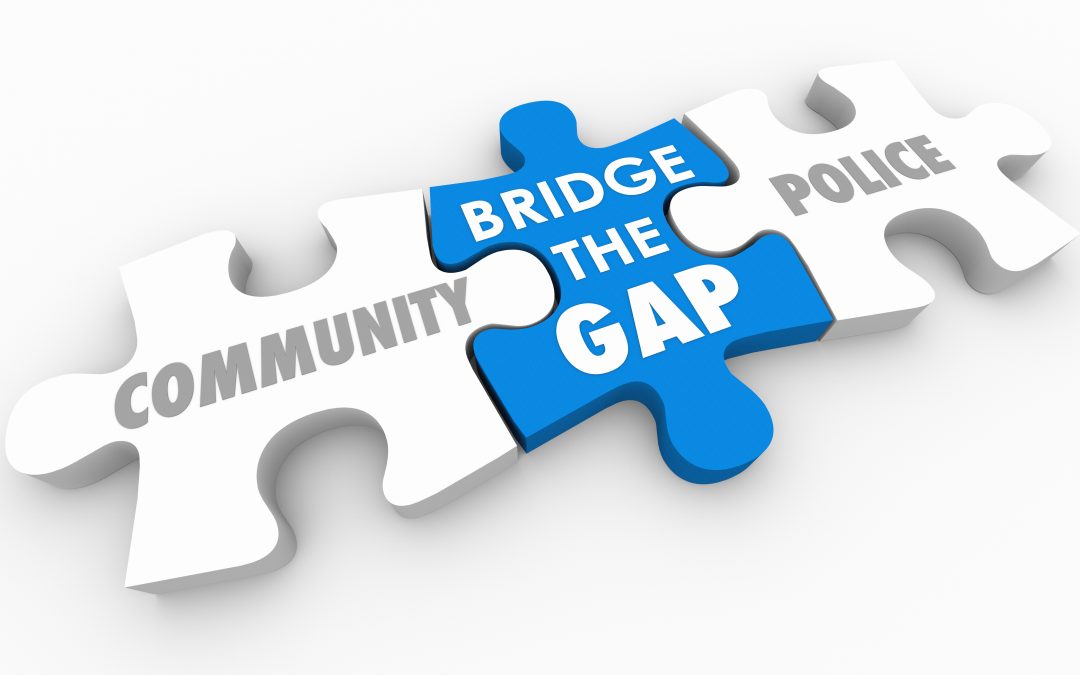 In my previous role at NAMI Chicago, I worked with the Chicago Police Department and their Crisis Intervention Team (CIT) unit to supervise and support people with lived experience who volunteered to engage in the role play portion of their CIT class. These were community members in mental health recovery who re-enacted some of their own crisis experiences, to give officers an opportunity to practice their new skills in a realistic setting. By this time in the training, most officers really believed in the usefulness of the de-escalation skills they’re learning. Most. Not all.

I will never forget one session in particular: we were in a building outside the police academy, staged as an apartment, ice cold because it was December in Chicago. We video recorded all the groups so that the entire class could watch and discuss them together the next day. There was one officer who seemed to be doing his level best to do the exact opposite of all the techniques he had learned over nearly four days of the class. Where we said to give people 21 feet of space, he closed right in to arms-reach of the role play actor; where we taught officers to use open ended questions and to respond to the feelings, he asked closed questions instead; where we modeled non-threatening body language, he strolled in with his hand on his gun holster. It was one of only two times in my years of clinical advising for this program that I had to bark, “STOP PLAY!” and end the scene. prematurely. The officer was disgruntled and after a short debrief with me, left for the day. It was clear that he felt the training was a waste of time.

I have always believed that CIT training could make a difference in the way officers respond to people in crisis; I knew on a gut level that the role play portion was where a lot of concepts turned into “A-HA” moments for officers. I heard from 20 year CPD veteran officers that this was the best training they’d ever had, and how much they wished they’d had it 20 years ago at the beginning of their career. But this was the class where I truly saw the effect of interacting with real people impacted by mental illness on an officer who was yet to be a believer in de-escalation as a valuable tool.

The next day, the whole class of 35+ officers watched all the videos together, including his. Before anyone else could critique or comment, this officer raised his hand.

“I realized as we were watching the videos, that I did everything exactly wrong. I didn’t use any of the skills we learned this week. And I can see that if I had used them, I probably would have had a different outcome.”

Why am I telling this story? Because I know that de-escalation techniques can be life changing when a police officer knows how to use them. Life saving. And when de-escalation skills are taught as one of many tools that support officer safety, it creates buy-in among law enforcement and empowers them to safely serve community members in crisis. People in mental health crisis should be able to call police when they need help, without fear that they may be subject to violence or even death.

As a grassroots advocacy organization we often have a fine line to walk to preserve the relationships that will help us move forward while challenging the system (and the people in it) to do better. Maintaining positive working relationships with our local police departments while simultaneously challenging them to change and to be accountable is a tightrope walk. We have heard from police officers who both support and oppose I-940; but our special expertise here at NAMI is hearing and elevating the stories of people with lived experience. The stories we hear are tragic. Heartbreaking. Infuriating. And sometimes – dare I say often – preventable.

Expanded training might have resulted in a different outcome for one of our own NAMI families, NAMI Seattle Board Member Jen Dold and her brother Alex. In March 2017, Alex was killed by police in Snohomish County, in his mother’s home, after they called 911:

“My family has suffered the most unbearable pain in the last year and a half. And my brother suffered a horrible death, kicked, beaten with batons, tased and suffocated, at the hands of police officers who were clearly not equipped to respond to a man in a mental health crisis. More thorough mental health training and police accountability is what I-940 will address.
My brother was killed because he was ill. He was not a criminal; he was not a “suspect” as some people refer to him. He was a man who was sick, and we are a family that called for help getting him to a hospital where he could be treated, like anyone would do for their loved one.
I have great friends in law enforcement, who I care about and respect, and this is not about them. This is about my fight to affect change so that not one more family member has to feel the way I feel every day, from the moment I wake up to the second I fall asleep.

I am reminded of Alex every day as I drive through Edmonds, Shoreline, Lynnwood, Maltby, Monroe, pass a Starbucks, a Pho restaurant, the dog park, a soccer field. I see him everywhere. I am haunted by his final moments, and that I will never see him here on Earth again. And while it feels some days like his death just might kill me too….I somehow find the strength to go on and keep fighting for him. Because he was and is important. He mattered. He will be a catalyst for change. I was his protector and his voice before his death, and I am Alexander’s Voice even louder now.”
Alex isn’t the only one we’ve lost. Jen’s is not the only family with a deep, irrevocable tear in it. There are so many people who might still be in our community today if more of our police officers had this enhanced training: Charleena Lyles. Che Taylor. Tommy Le. People of color, immigrants, LGBTQ people, and people with mental illness all disproportionately face fatal consequences when engaging with police.

Here’s what I know: I-940 is a start. And it’s not enough by itself. Law enforcement does not exist in a vacuum; they are one component of our larger system, a system that is failing our community members. People with mental illness are 10 times more likely to be put in jail than they are to receive treatment in a hospital. What’s wrong with this picture? By design we have put people in crisis in the path of law enforcement, because our healthcare system is insufficient, complicated, and out of reach.

Initiative 940 is on the ballot this election, aiming to change the use of force statute in our state and increase required de-escalation training for law enforcement officers. The Black Law Enforcement Association of Washington has been a strong advocate for the initiative, identifying training as an important source of support to help police do their jobs more effectively. I-940 and other measures to peacefully deescalate interactions with police officers will increase trust between law enforcement and community members.

On behalf of families like Jen’s, who have suffered tragedy that most of us can only imagine – please vote yes on I-940.