A Dinner with NAMI Seattle: A community gathering that hosts those who live with mental illness 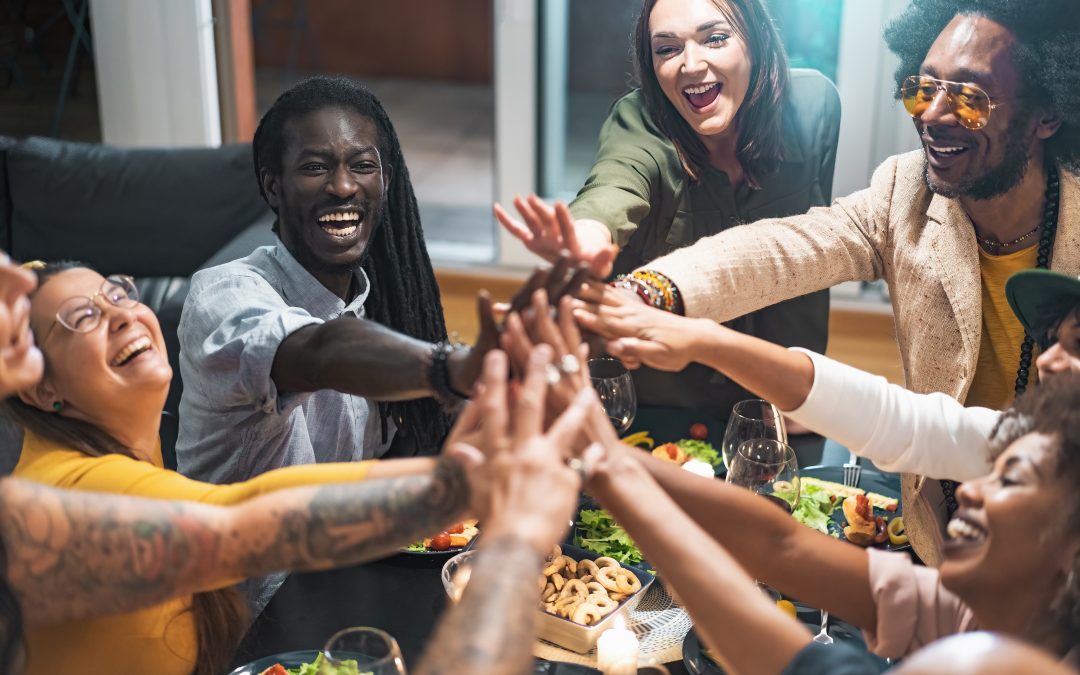 In the first in a series of three blogposts, a UW Bothell business student reflects on the experience of attending a NAMI support group dinner for the first time.

Most young adults spend a Friday evening with friends and a night on the town. However, a small group of individuals meets every Friday evening to do much more than simply get together. NAMI Seattle hosts a community dinner for young adults who live with a mental illness.

This weekly dinner is organized by Professor Trez Buckland of the UW School of Nursing and not only provides a basis for connection, but encourages people to speak up about their struggles with mental illness. Additionally, I had the privilege of attending the dinner for my Business Writing class instructed by Laura Umetsu. Her connection to this event allowed me to witness a community dinner that curated an environment that felt like home; one free of judgment and full of empowerment.

This was the first time I had attended a NAMI Seattle community dinner. Walking into the kitchen of Broadview Community United Church of Christ, I was a greeted by warm, smiling faces and delicious food, such as fresh tamales wrapped in steaming corn husks, caramel brownies dripping in chocolate glaze and an assortment of mouthwatering mozzarella sticks. The atmosphere was extremely positive and joyous. Individuals were chatting with each other, setting out dishware for food, and making their way to greet me; I couldn’t have entered a more welcoming space.

As the evening progressed, the meeting began. We all sat down at tables, within a large room that branched off from the kitchen. Every member, including myself, worked around the room to introduce ourselves. This introductory process was referred to as a gratitude, which consists of your name and something you are thankful for. Hence, we all acquired a familiarity with everyone in the room. We were no longer strangers. We were connected in a very simple, yet intimate, moving way.

Next on the agenda, in honor of National Poetry Month, was a reflection on the poem Still Here, by Langston Hughes. Together we read the poem, while absorbing its descriptive, powerful words. All members were then asked to find a sentence or phrase that meant something to them. In accordance, we then took time to personally write our thoughts about our chosen phrase, word, or sentence. Soon after, we then took time to meet in small groups and voice our thoughts.

The two individuals I was paired with both live with mental illness. And by chance, they also examined the same phrase of the poem: I’m still here. Not only did they had similar interpretations, but they explained how detrimentally their lives were affected by their illness. One stated, “Life has been bad, life has been good, and then sometimes it’s just okay. But I connect with this poem because I too, am “Still here”. I even have a job.” There is an undeniable quirkiness I associated with the two individuals that I met. However, they were some of the most positive and keen minds I’ve ever had the privilege to speak with. And it was true, despite their circumstances, they had worked hard to get where they are today. They never gave up, they were still here and running strong. Once the small groups wrapped up, the evening was free. Individuals walked around, stood outside, played board games or simply chatted with each other. I however, walked back to the kitchen to sneak one more brownie.

One of the individuals I was paired with for group sharing asked if I would like to hear him play piano. Being a fellow musician, I accepted his invitation immediately. We walked together to a lonely piano in the corner of the room. He began playing a Bach piece so complex I could only ever dream of playing something similar. He continued to play some of his own original works and they were simply outstanding. We then held a long conversation concerning independent cinema. We connected immediately. Our conversation carried over to the later hours of the evening and we eventually said goodbye.

However, his story remained clear in my mind. He spoke of everyday struggles such as being stigmatized and having a hard time finding a job. He stated, “It’s easy to lose hope. When you live with a mental illness, you have to simply… ride the waves of life”. This resonated with me, especially given that multiple members of my own family have struggled with the stigmas of living with a mental illness.

Societal shames have adverse effects on not just individuals of my family, but my family as a whole. Having the opportunity to see other individuals talk about their personal struggles with mental illness is extremely significant. Community gatherings such as these serve as reminders that they are not alone, nor are their families. And NAMI Seattle achieves that within an environment that erased stigma with attendees.

Aidan Emmons is a UW Bothell business student participating in a community writing partnership between NAMI Seattle and UW Bothell Professor Laura Umetsu’s business writing course. He is passionate about learning about and educating others about mental health issues, especially how they can intersect with incarceration.